The Right of the People to Alter or to Abolish

Usually on this blog, I try my best to keep things light and cheery and fun. I think it's a good policy, but sometimes, it must be broken. Given that I started this blog when I moved to Australia from the States, it seemed only fitting that I share with you the conflicting emotions that moving away has raised in my heart and mind and soul.

It's not that I don't have anything good to tell you. For example: I finished my thesis and handed it in. I'm waiting to hear back about grades, but it is very exciting to be finished. Also: I'm working with the Manchester Science Festival, and I'll be producing a podcast for them! Very exciting And: I recently read another story at the Bad Shoes Festival, though I forgot my recorder, so you cannot hear it. Notwithstanding: I've moved into a lovely new home! Furthermore: I had a lovely time in Scotland, visiting Mark for a second time. I remembered my camera on that one, but I learned it needs repairs, so there aren't many pictures.

In fact, there's only one. It's from the *amazing* Riverside Museum, also known as Scotland's Museum of  Transport. 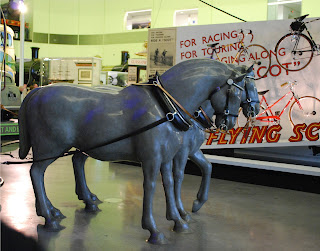 So you see, dear readers, I do indeed have so many good and exciting things to tell you about. But on the 21st of September, just nine days ago, the state of Georgia killed a man. My only real home executed Troy Davis.

Despite a very large body of evidence casting doubt on Davis' original conviction, Georgia's political machine chose to do a thing that is not un-doable. I believe what many have already said: I don't know if Troy Davis committed the crime he was convicted of. He might have. He might not have. It's simply unacceptable to use the death penalty in cases with so much doubt.

Well, I believe it's unacceptable to use the death penalty at all. I want it abolished.
But it's especially troublesome in such dubious cases.

And for the last week, I have been feeling... dark.
-----
Years ago, I was a committed political activist. Nearly every weekend was spent at a march or preparing for one. I sold left-wing newspapers. I held placards and banners, and I chanted.

I did it for years. I organised campaigns against the death penalty and against the IMF. I voted for Nader. I went to meeting after endless meeting. I tore up bedsheets to make banners. I saw people join the movement and I saw people leave. We never seemed to get more people, just different ones.

I saw changes. But none that I would call significant. None that gave me any measure of real hope.

And then one summer afternoon, I found myself crying on the floor of my new apartment, having something close to a nervous breakdown. I kept asking Craig what the hell the point was.

He told me the things I already knew. We protest to show our dissent. Change is a goal, but not the only one. We have to show our dissent so that other people will. We organise to grow the movement. Slow. Steady. Sure. And one day there will be a spark and then we will be able to teach others how to organise and work with them, because we will already have learned lessons.

He said it's our responsibility. We are citizens, and it is our responsibility and our right to criticise and create change when the government denies us the rights to life, liberty and the pursuit of happiness. It's the Declaration, a document that he knew I had immense respect for.

I said I didn't want to live here anymore.

He said he understood, and in some ways he agreed. But didn't I think, didn't I agree with him, that if everyone who thought the way we did just moved away, this place would never get better? Wasn't it our responsibility to stay? To spend money in the places that showed good practices, to vote for the slightly better candidate, to fight for change in the places that really need it?

And the problem was that I knew he was right. I did agree. But I was no longer convinced that the way I was going about it made any sense at all. I didn't believe in our methods anymore.

So, I stopped being a political activist.
-----

And then, after years of political activism, Craig also got discouraged. I'll admit, probably due in some small part to my constant questioning of our old methods. We decided it would be ok to move away.

To Australia, so Craig could study.

To Australia, so I could escape.

And it was so much easier. Capital punishment was abolished there in 1967. There are just not as many broken, hungry, homeless people there. More people are taken care of, at least in the cities. Yes, rural areas, where Aboriginal people live, are not well-serviced. Yes, Aboriginal people have been treated horribly by the white establishments. And it's true, undocumented immigrants trying to make a better life for themselves are not smiled upon.

But there was healthcare, at least, for everyone. And no one was being murdered by their own government.

I admit it. My standards were low. But even in Australia, where things were hardly perfect, I didn't feel like I'd be able to move back to America very easily. The transition back to what I saw as a more cruel society was not something I would ever look forward to.
-----

And then England. Where the native people were conquered, it's true, but it's so far back we can hardly justify still being angry about it. And there wasn't much of a skin colour difference, so at least racially, there's not much of a indigenous injustice to be angry about.

But what about Wales? Scotland? Ireland? It's true. But Scotland has its own Parliament now and makes its own decisions for many things. And Ireland is nearly entirely independent. Wales... well, Welsh is the most protected indigenous language in the world, apparently, so there are strides in the right direction.

No capital punishment.
Healthcare for all.

In so many ways, it is so much easier to live in a place where things feel just a little closer to how you think they should feel.
-----

But I'm still conflicted. When I hear about the awful things that happen back home, the killing of a possibly innocent man, I feel that, as a citizen of a country that I love in some way, it's my responsibility to be there, fighting for something better.

I still don't know how.

I feel like maybe I should just live there.

Maybe just being there, even just talking to my friends and co-workers and neighbours about what I believe, is my duty as a citizen.

But I know now what I knew then. Living there breaks my heart. The transition back to what I saw as a more cruel society is not something I will ever look forward to. I know that I would be living in a cruel place, where my hardworking friends can't afford to go to a doctor, and still I would be doing nothing... because I still don't know what methods to use. I wouldn't feel like conversations with my friends, co-workers, neighbours were enough. I never did think it was enough when I was living there.

On the other hand, remaining far away, in a place that isn't mine, but is easier to live with, feels cowardly. I sometimes feel guilty, like I haven't upheld my part of the bargain that Ben Franklin and John Adams and Thomas Jefferson and Rousseau all got us into. Like being an ex-pat in a place that I feel is a little bit simpler is a cop-out. Maybe it is. Maybe it isn't.

Here's what I know: I have spent the last seven years thinking, talking, and worrying about what my country is doing, from home or from abroad. Because though I have not lived there for three years, and though I often have nothing but criticism of it, I do feel that America is my country. And it *matters* to me. What it does matters to me.

And I believe that I should be doing something about it.

I just still haven't figured out what exactly I should be doing.

And at this point, I'm not sure this conflict will ever be resolved in me. I want. I should. Maybe. Maybe not. I've been weighing up the scales for so long, I think I've broken them.

Give me your thoughts. I won't promise I haven't already been through them before. But I'd be interested.
-----

And next time, I promise, light and cheery and fun. New flat! Canals! Walking tours!
Just to leave you on a very high note: check out my awesome necklace! 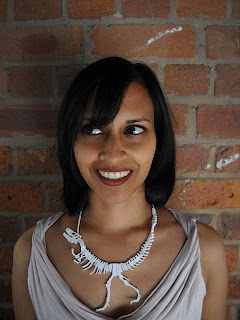